The Chianti territory is steeped in the echoes of the ancient civilizations, who lived in these places since the dawn of History. This area was originally inhabited by the Etruscan, who, appreciating the richness and fertility of the ground, produced since then the celebrated wine. These valleys were also the scene of many bitter battles betwee Florence and Siena over the centuries. Bled dry by the incessant pillages, in 1300 Radda, Castellina and Gaiole set up the “Alliance of Chianti”, an army which had to defend the territory during the sieges.

In Radda and Castellina are still visible the fortifications and the walls built to defend the population. There are also several castles which punctuate the landscape. By the side of the “road of the Castles” (SS 484-SS 408) you can see the Castles of Brolio, and Meleto, among others.

Siena never succeeded in having a recognized authority on these territories. Only on the occasion of the battle of Montaperti, in 1260, it managed to defeat the hated Florence.

The town had its greatest splendour between the XIII and the XIV century. A lot of the town planning arrangement of the medieval village dates back to this period, including the Cathedral and the Palazzo Pubblico. 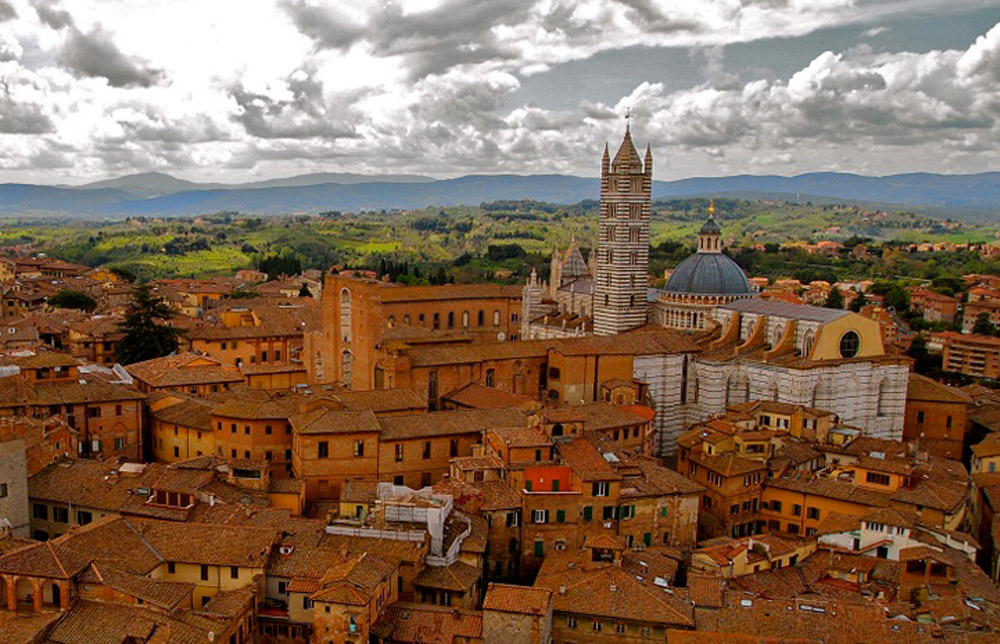 The today’s Siena preserves almost intact its medieval shape, which is perceivable by walking among its narrow alleys, by watching its ancient buildings, by taking part in the tradional Palio.